It was the dead of night. We were ascending the Kings Highway out of Queanbeyan. There’s a bend in the road, quite a tight one, just before the passing lane begins. Well it was that bend that did it! The strapping on the bee hive in the back of the station wagon came adrift, and the two boxes separated. The angry sound of 50,000 bothered bees would be enough to send any but the most intrepid bee handler scuttling off into the scrub to hide! Fortunately bees don’t fly at night, they just crawl about and buzz. And thus our third hive arrived at Radcliffe with a somewhat disorderly but more or less complete contingent of bad tempered bees, most of them still in, on or around the boxes in the back of the Holden.

Bees are a low maintenance project but they do require bursts of furious energy now and then. And while they are not normally bad-tempered, they generally become so when you do anything which involves tampering with their hive. Thus it pays to be immune to bee stings and invest in a good bee proof suit.

Having said that, bees are an absolutely fascinating addition to the garden and our bees certainly earn their keep, producing all our sugar needs. I use honey in cake and bread baking, jam making, cooking and on the table. The honey also gets turned into mead (honey wine) and melomel (a blend of apples, honey, lemons and raisins as a wine). We sell the surplus honey – runny or creamed, and decorated jars of honey make great gifts for friends.

So, how do you get started with bees? We asked this question six years ago and discovered that the easiest and safest way for beginners is to buy a ‘nuke’ (nucleus) hive from a reputable bee supplier. Thus we started with a hive of friendly (relatively speaking) bees from Bindaree Bee Supplies in Canberra. I stress that ‘friendly’ is a relative term because while no bees are friendly, it is a fact that some bees are much less friendly than others and some strains are decidedly savage!

Another way to obtain bees is to go out and catch a swarm. But if you’ve never caught a swarm before, this is not the way to start. The potential exists to collect a bunch of the nastiest bees in existence and then you have a real problem on your hands, up your sleeves, down your neck and inside your trousers.

You also need boxes for a hive. There is a standard shape for these and the boxes can be bought ready assembled, or in kit form to assemble at home. Occasionally disillusioned or interstate departing bee keepers advertise bee keeping equipment for sale (usually complete with at least one hive of bees). Be wary of rotting boxes, frames choked with spidery webs (wax moth) and boxes that smell musty. Generally speaking, to begin, it’s best to obtain new boxes, guaranteed to be pest and disease free. Bindaree Bee Supplies sell these along with the frames, foundation wax, and a book.

The book is essential! It doesn’t really matter which book it is, so long as it tells how to maintain a bee hive. For my part a publication by the Department of Agriculture in Victoria titled ‘Bee Keeping in Victoria’ is my bee keeping bible. But be warned – bee books written by experienced bee keepers are masters of understatement. ‘Catching a swarm is easy’, this practical text suggests. ‘Just place a large box under the swarm and tap the top of the swarm with a stick – all the bees will fall into the box’. What the book doesn’t tell you is that you will probably need a 50 foot ladder to get up above the swarm in a rural area and that falling that far is not on for the bees who will all take flight and focus their attention on you!

For three years I have been a bee swarm collector in Canberra and of the countless swarms I’ve collected in spring and summer of each year, only ONE ever resembled the picture in the book! Nevertheless, once you have developed the necessary state of mind to handle bees with confidence, catching a swarm is the easiest way to increase your number of hives.

It is a bit like Ghost Busters, if you ever saw the movie or played the computer game. If you have your name listed with the Department of Agriculture as a bee swarm collector, one fine spring morning about 10.00am you are bound to receive a call from a fearful suburban dweller who has just heard a noise like a helicopter descending in the backyard and has subsequently found a swarm of bees all over the lemon tree. Into the car goes a large cardboard box, smoker, (don’t forget the matches and pine needles to burn) stick, sticky tape, brush and bee suit – and the address of the swarm! Then it’s into the bee suit, out with the box, smoker, stick (in case you can actually hit them into the box) and brush (because more usually you have to sweep them into the box) and the sticky tape (to tape the box shut). A hasty retreat back home is called for before the bees find any minute holes in the box to escape through. It is then relatively easy to transfer the swarm from the cardboard box into an empty bee hive box, and presto, a new hive. But if you missed collecting the queen bee in the confusion, then next day the bees will have gone and the now irate lemon tree owner will be back on the phone!

Well it is not my intention in this article to write down everything you need to know about how to keep bees successfully because most of that information can be found in the book. I say most, because when all is said and done, some things can only be mastered by practical experience. And robbing bees of their honey is just one of those experiences that no book will adequately describe.

In the first instance the honey laden frames must be removed from the top box (or boxes). This sounds easy – but assuming that it is being done on a sunny day when most of the worker bees will be out on the job, the remaining 15-20,000 bees minding their own business will take exception to this intrusion. Hence the need for a good bee suit and a smoker which doesn’t run out of fuel at a critical time as mine always does! Next the frames of honey must be removed to a place where the honey will be extracted – preferably a place which won’t suffer unduly from being dusted with a fine mist of honey from the extractor. We extract in our shed. A commercial apiarist will put the honey frames in sealed containers and will drive away at speeds in excess of bee fighting squads to extract in relative peace and quiet. But as our bee hives are just out there in the garden then the fighting squad knows exactly where I have taken their honey and continues to wage war as I work. It is a hot day’s work too as honey can only be extracted on a warm and sunny day with temperatures in the high 20’s.

A hot knife is used to melt the layer of wax that seals the honey in the frame. Ours is an electric one which is probably the easiest one to use, but boiling water ‘steam knives’ are also available. The frames, two at a time, are placed in the extractor. An extractor can be hired from Bindaree Bee Supplies, but as they are a long trek from Radcliffe, we have our own. It is a hand powered contraption, something like a sticky washing machine on a spin dry cycle. Centrifugal force drags the honey out of the cells and sprays it against the side of the extractor where it runs down and collects at the bottom. A trap can be opened to drain the honey into a bucket.

The honey must then be strained, first through a coarse strainer to remove large bits of wax, the numerous bees which dived into the extractor to get to their honey and larvae which the queen chose to lay “upstairs” instead of confining them to the brood (bottom) box. The honey is then strained through a teflon cloth of the finest imaginable permeable weave to remove anything else right down to grains of pollen. The strained honey must be stored in an air tight container as it is hygroscopic and will absorb moisture from the air. Glass or plastic containers are the best. This year our two operational hives produced 60kg of honey in a January and an April extraction. If winter has been mild and spring warm, then a November extraction is also possible.

In January you can rob the bees of all their honey, but in April you must leave them a whole box of honey for winter. If the bees do not have stores for winter then the hive will weaken and die out and come spring you will have an empty hive and will have to go on the hunt for some new tenants.

Finally, why are bee suits white? Well bees have odd memories. They cannot remember their owner from one day to the next but they do remember that their natural enemy is the brown bear. White is the colour least like their old adversary from way back. Conversely, dark clothing rings warning bells for bees. So be warned. If you approach a bee hive looking and behaving like a bear, never mind that generation upon generation of Australian bees have NEVER set eyes on a brown bear, the bees will regard you as a bear and attack!

Bee keeping is not for the faint hearted, but as with anything – approached quietly and resolutely, you can expect the minimum of aggravation and the maximum in return from a bee hive in the garden.

If you are interested in finding out more about bee keeping, the Queanbeyan TAFE runs courses on bee keeping from time to time. Note that bees kept in NSW must be registered and the Department of Agriculture can provide information about this.

This tale was first published in The Stony Creek Gazette in 1992.

Some equipment options for beginners can be found at starter kit options. 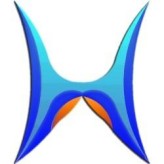 Extracting honey – with no help from feral bees